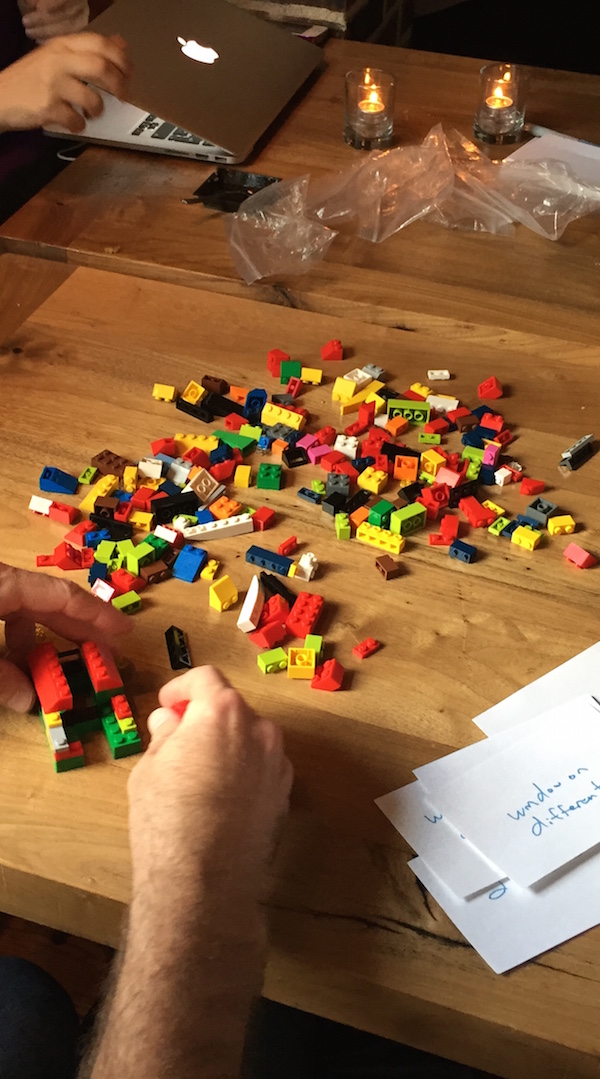 Demonstrate the kind of debt we accumulate if we don’t refactor as we go. This exercise will let the attendees experience the pain of dealing with technical debt, rather than just understanding it intellectually.

Facilitator will call out requirements that the attendees will then have to build. They should know that the goal is to build a house but they won’t know the specific requirements up front and will only discover them as we go.

One new requirement will be given every 30 seconds. At the beginning, 30 seconds may seem too long but they’ll be rushing to keep up once the exercise gets going.

The expectation is that each step they take will make the next step more difficult and so it will take more time to implement than it should. I usually give 60 seconds for the last one, instead of 30, because it’s harder than the others.

In order to satisfy the flat roof requirement, most people will have started down the path of a stovepipe architecture. This is a good time to discuss that.

Do a second build. If there are enough LEGO® bricks then leave the first build assembled so that we can compare them.

What’s different with this build is that everyone is allowed to separate the bricks as needed. This simulates refactoring to keep the code clean.