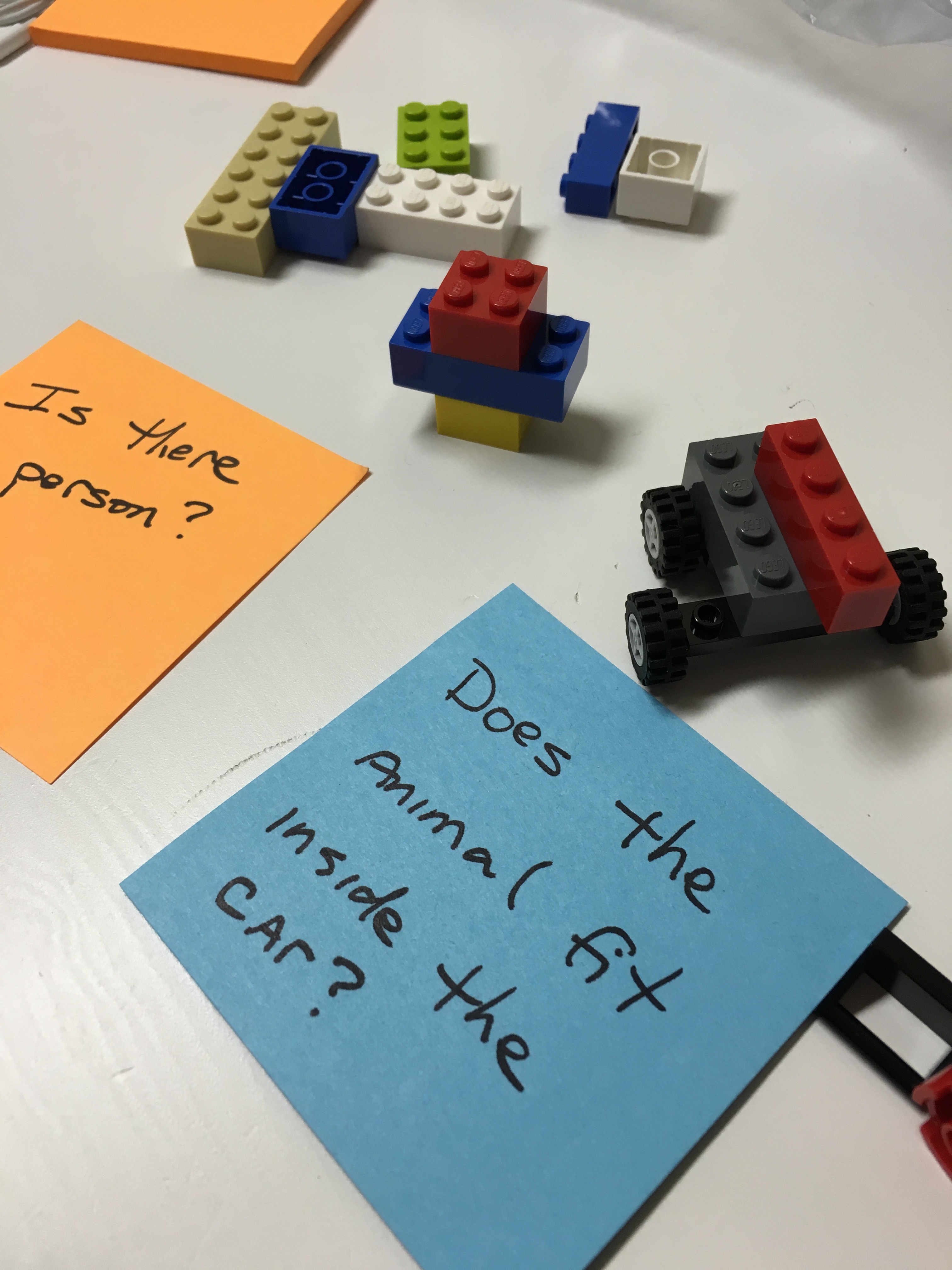 Demonstrate the concepts behind TDD. How we write the test before we write code and how that forces our design to emerge.

Everyone works in pairs. One person in the pair will write a test, in the form of a question, on a sticky note and place it on the table. For example “Is there a person?”. The other person will then implement something in LEGO that passes that test. They might put down a single brick to represent that person. When the first person is satisfied that the test is passing, they switch positions. Now the second person writes a test and puts it on the table and the first person implements in LEGO.

For the first couple of tests, the facilitator may provide the tests. “Is there a person?”, “Is there an animal?”, “Is the person larger than the animal?” etc.

Once people understand the flow, we let them make up their own tests to expand on the whole model. This continues until everyone has a collection of tests and their associated implementation.

If we have time, we’ll now do the “big build” in which each pair will now be forced to integrate with the work from other pairs.